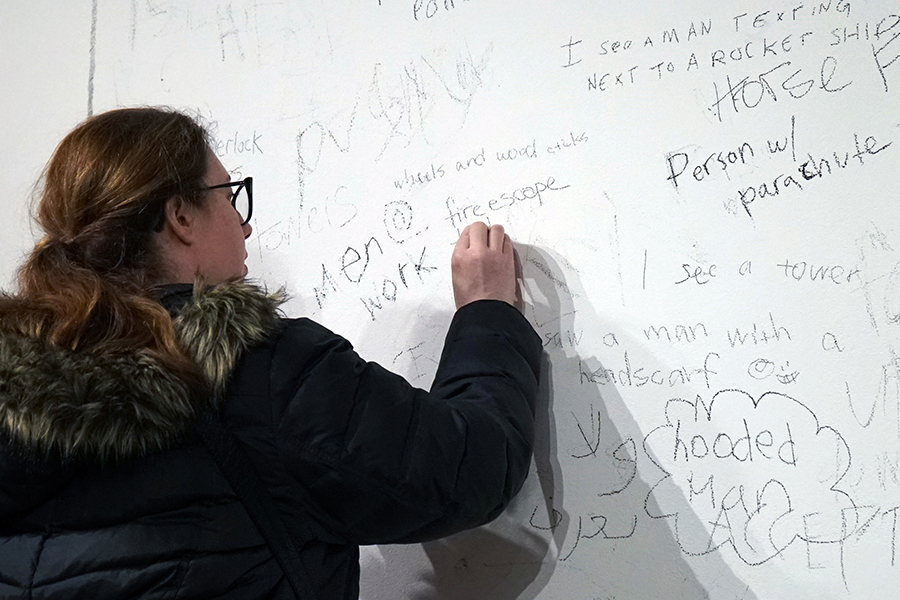 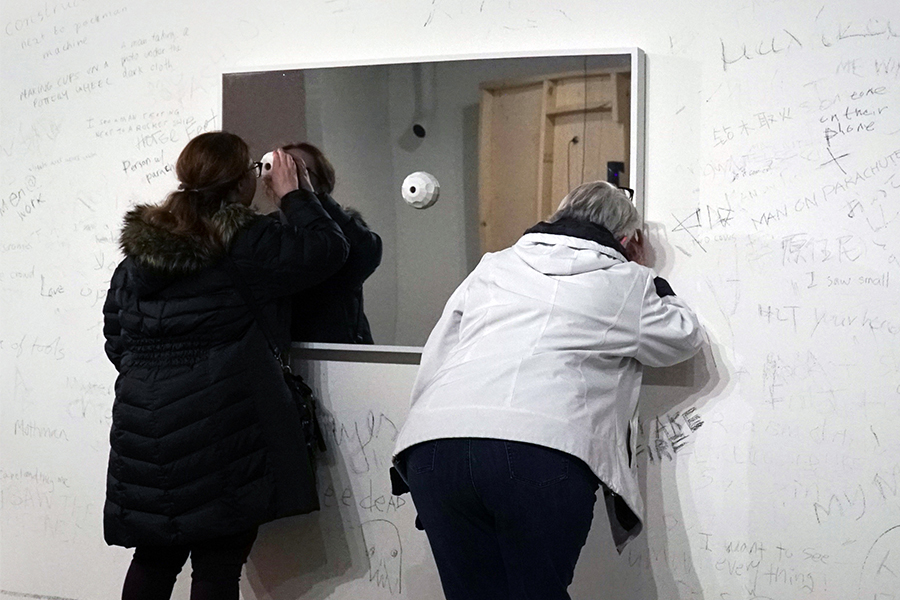 After their engagement with the work, they will be invited to write down what they saw on the wall with 3D printed rocks. With collective intelligence, a wall of the word cloud is gradually generated by the participants to reimagine the original drawing. 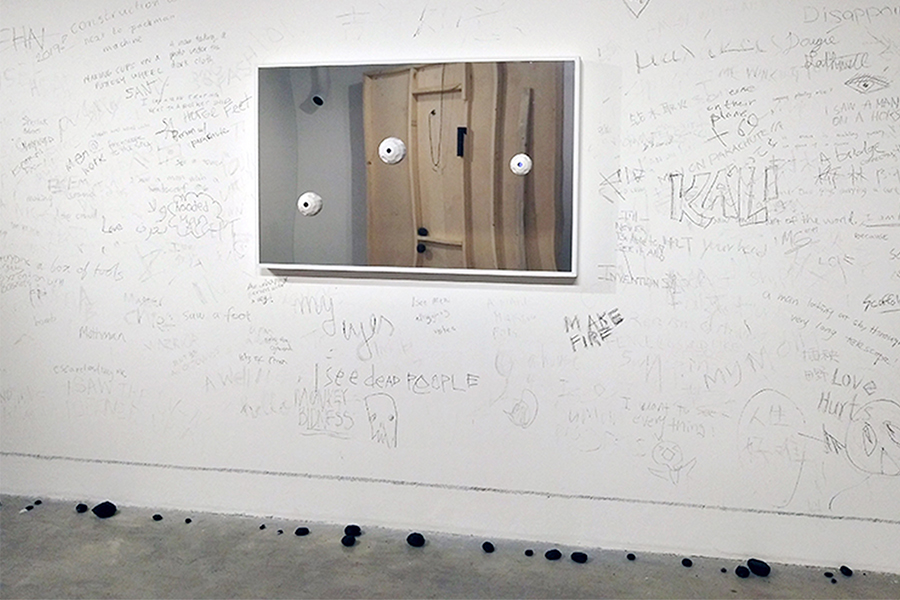 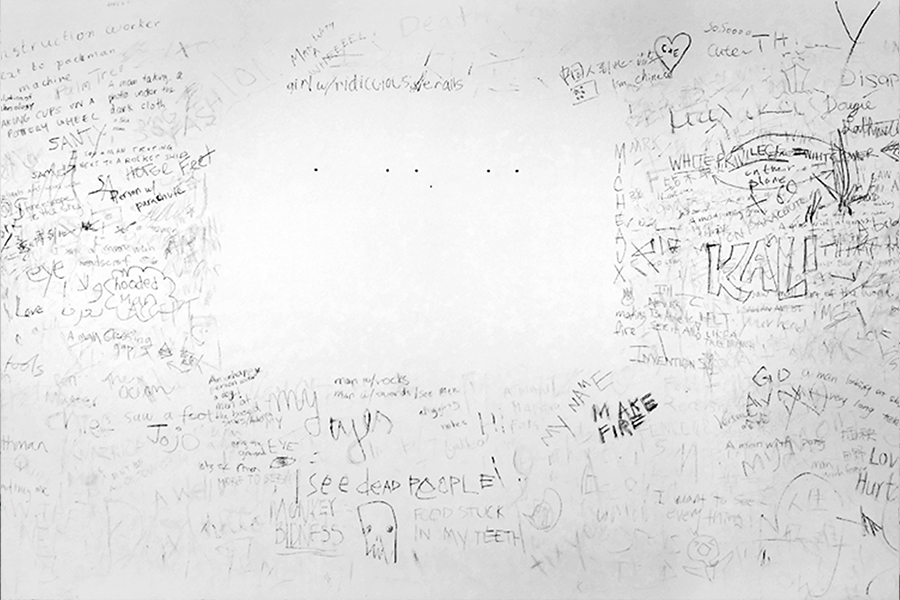 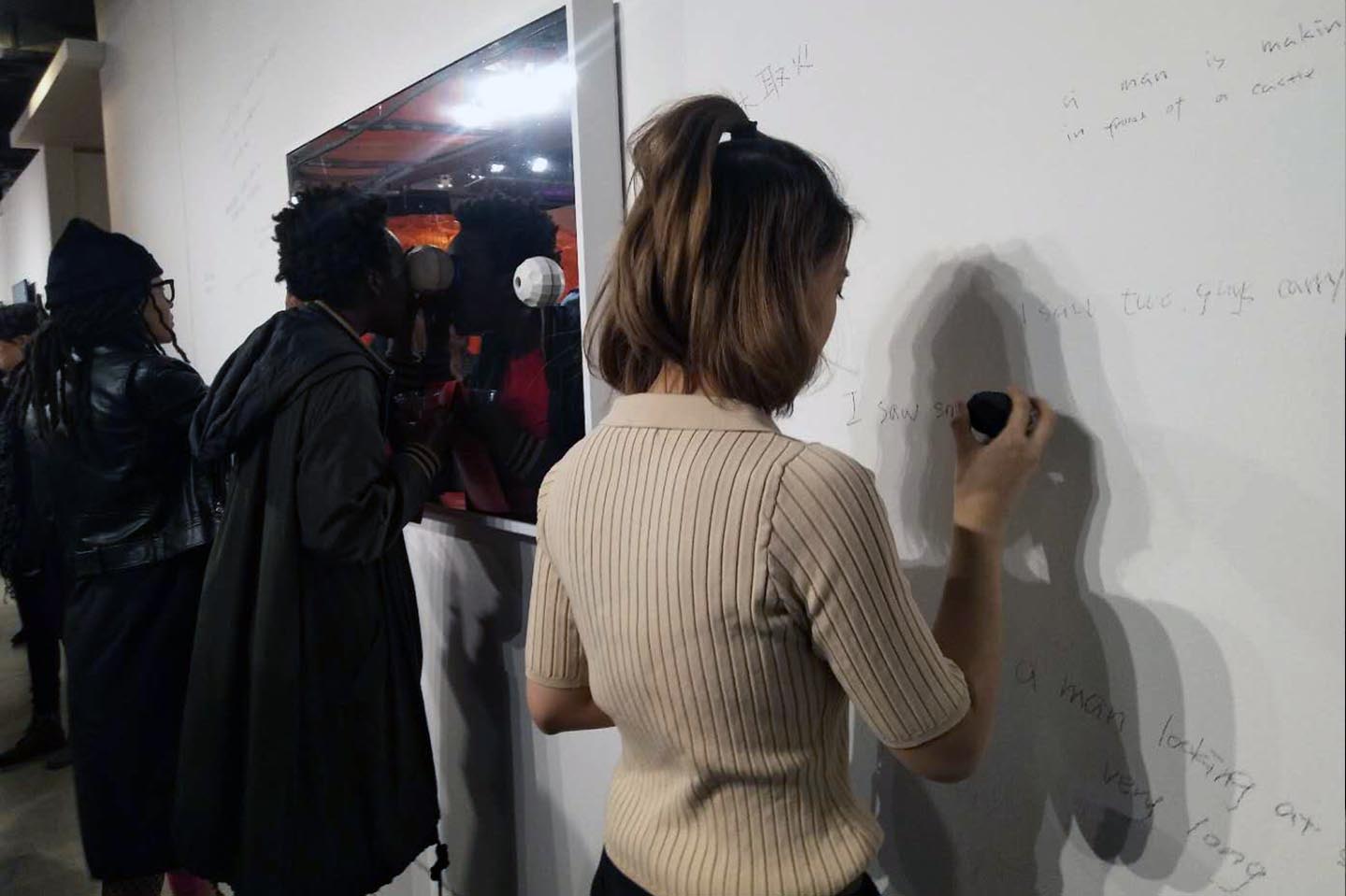 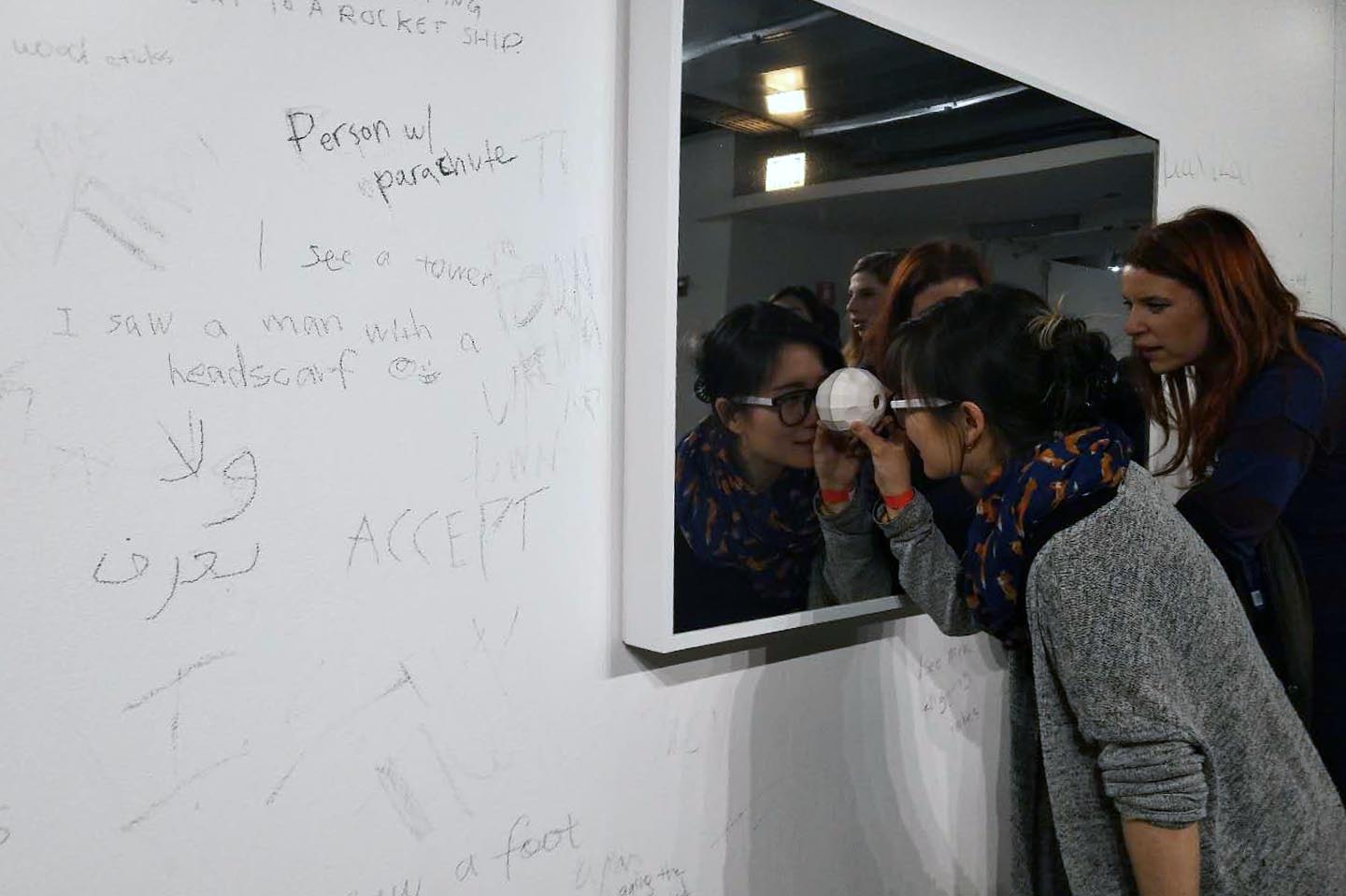 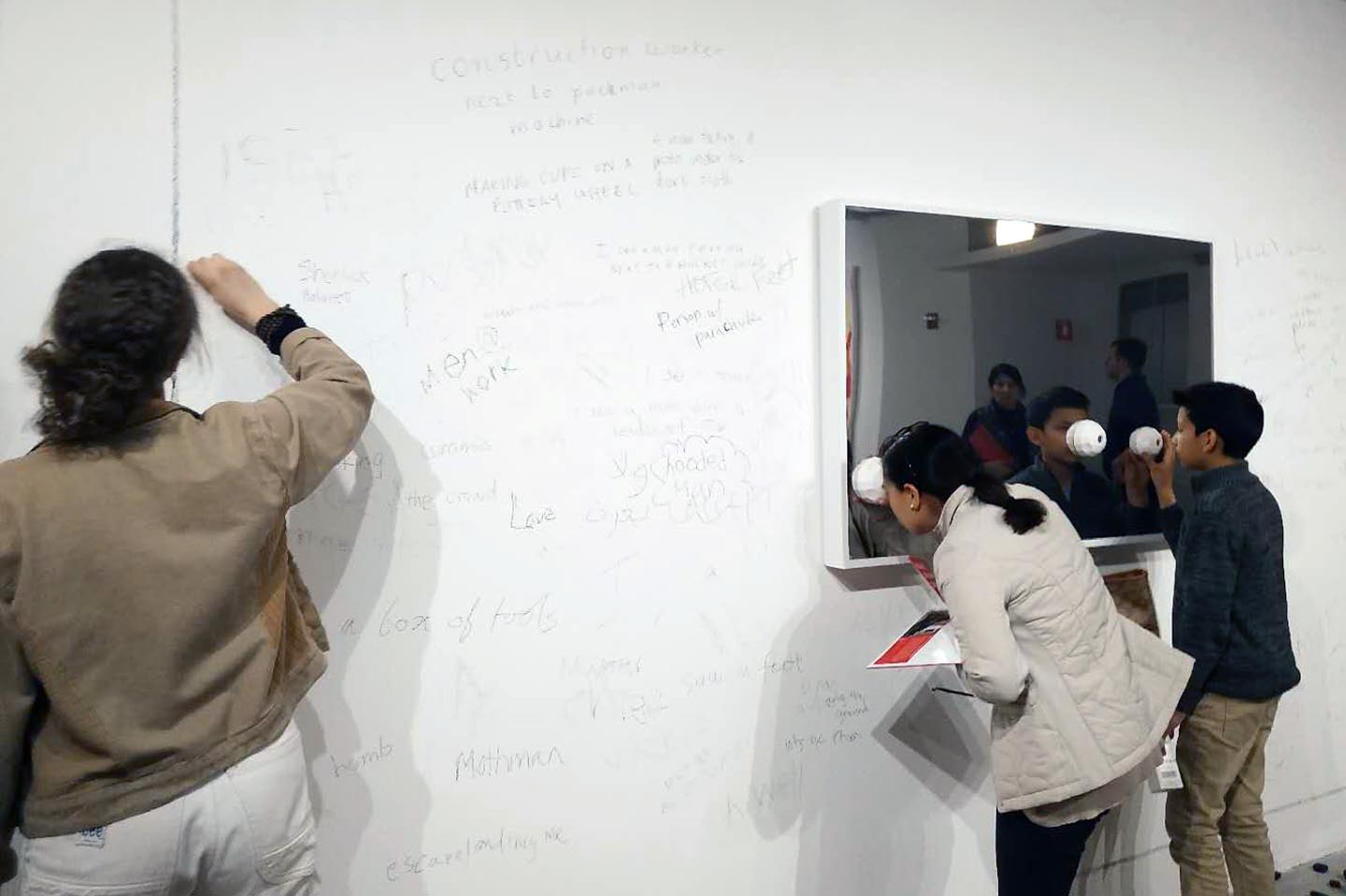 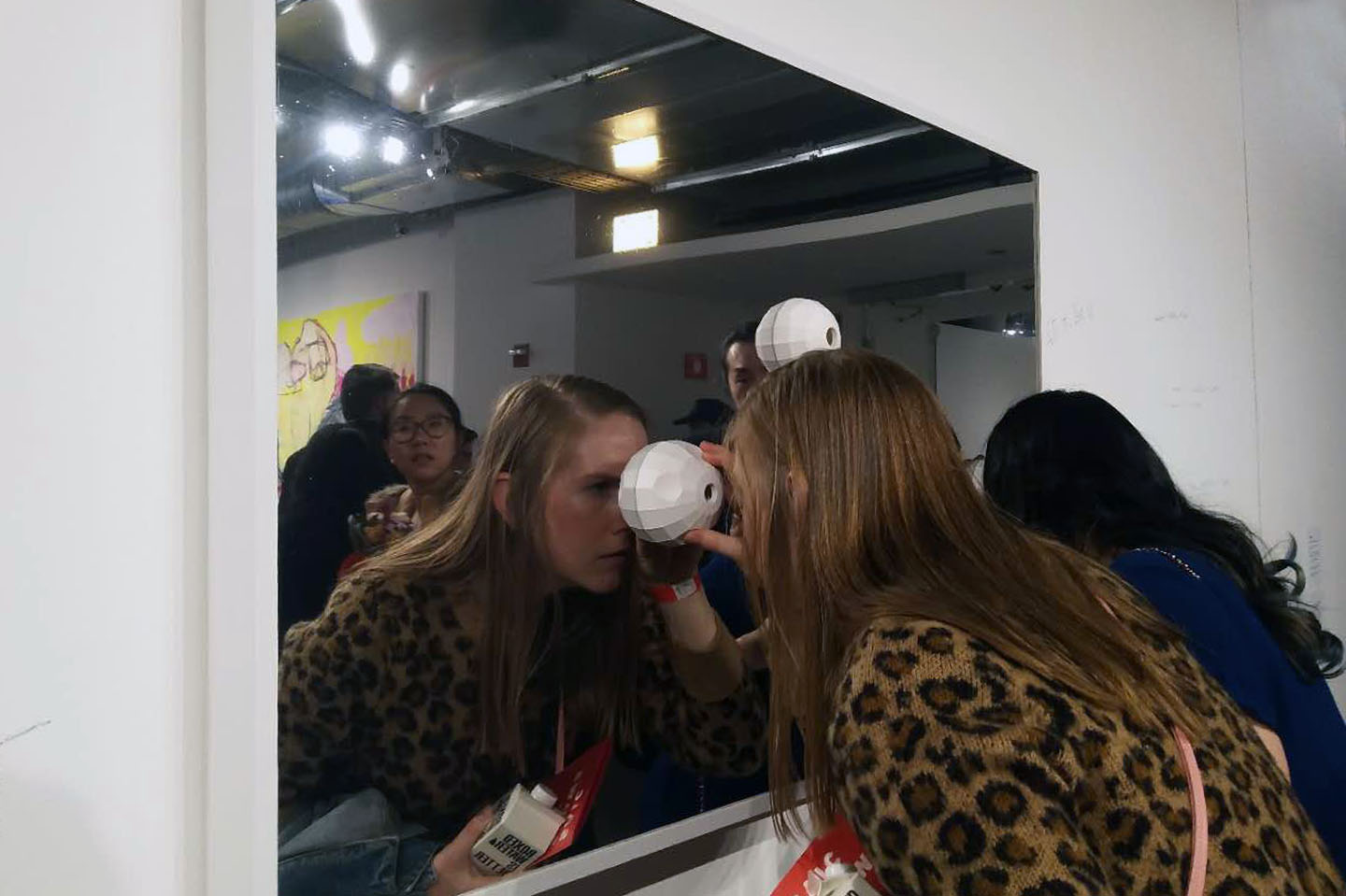 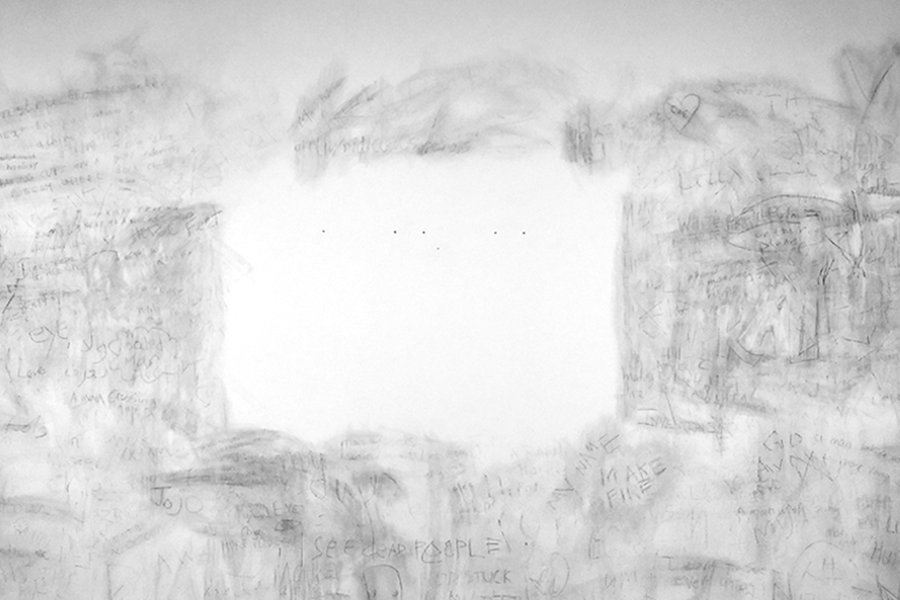 After two months of engagement, the drawing was taken off, only left a wall of word cloud.

The writings were erased at the end of the exhibition and digitally archived.

A visualization of writen words by the audience is digitally archived: here. 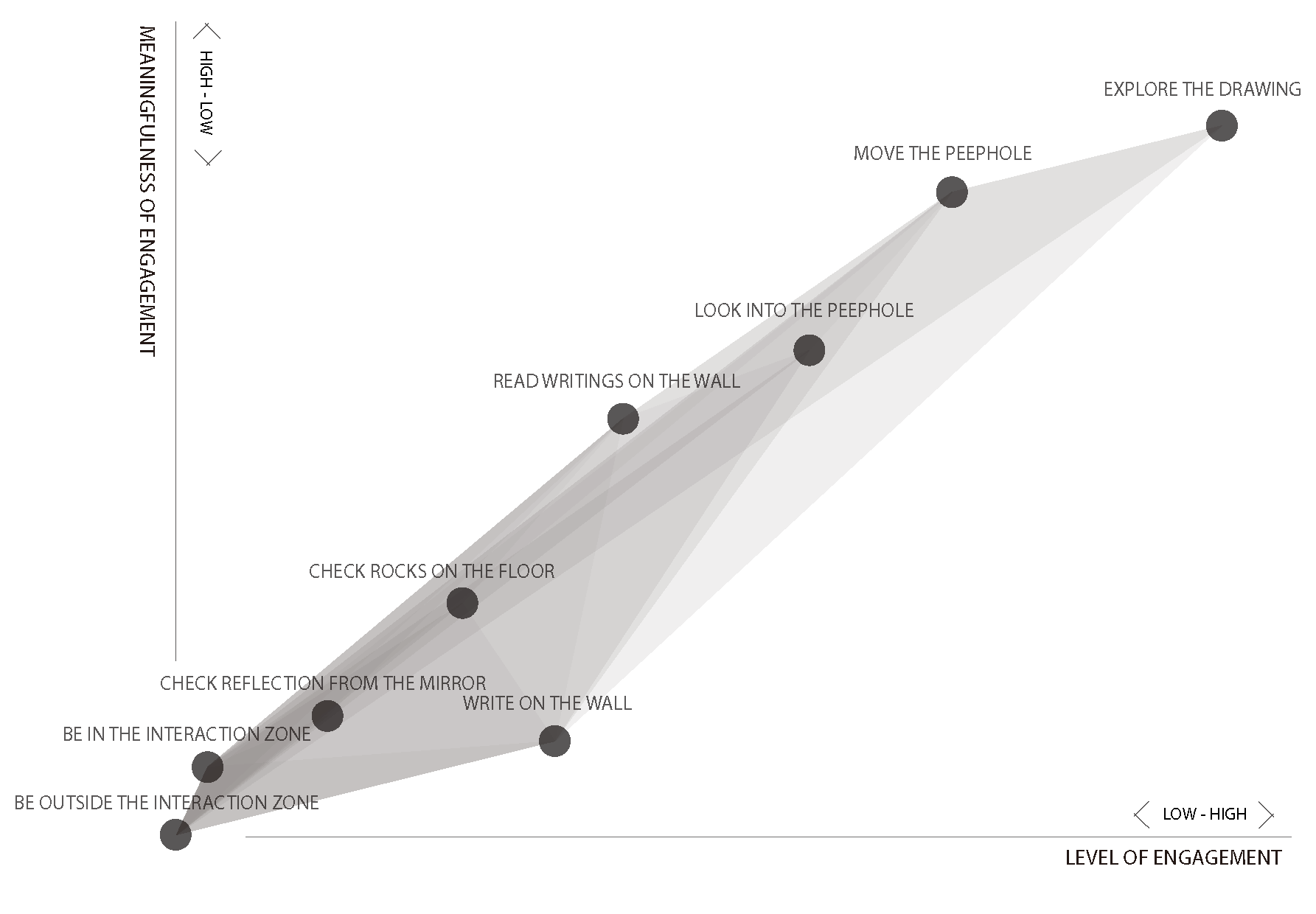 The peephole device consists of two parts, one locates inside the frame while the other exposes outside. With two magnets, two parts are able to move simultaneously.

Based on asethetic and ergonomics, various versions based on size, material, shape and holding force had been tested. 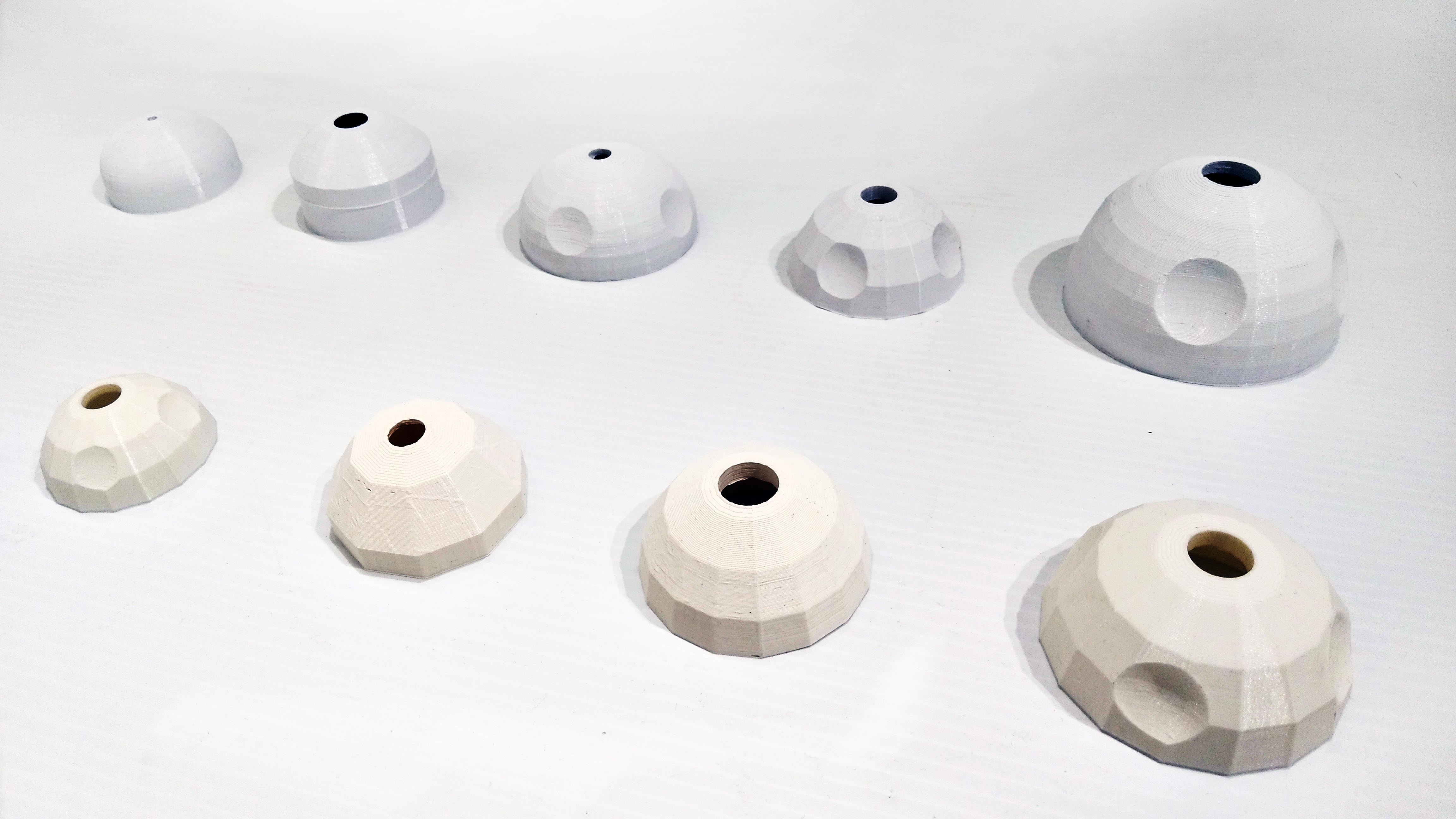