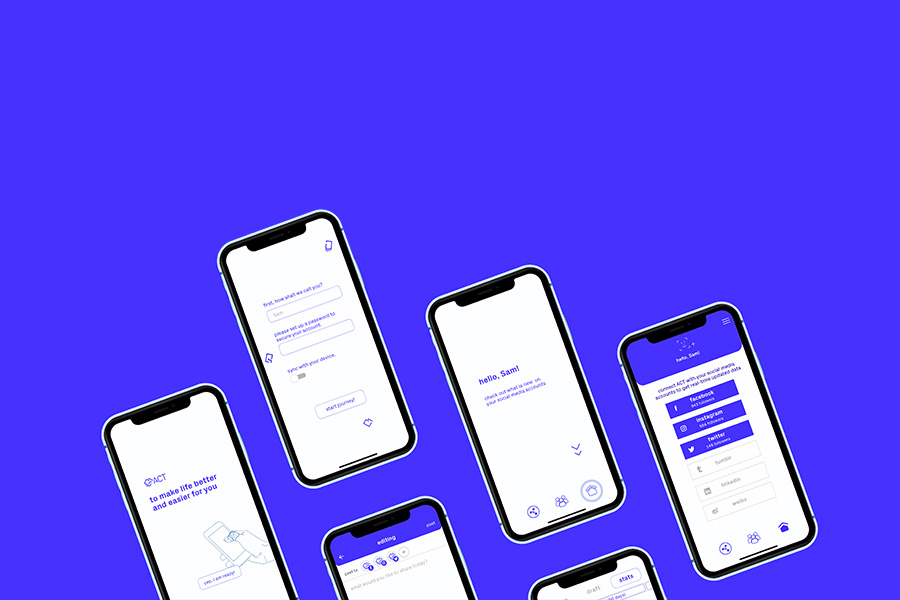 ACT (auto controlling technology) is concept of a radical wearable device from designer Shuheng Fu. The device is worn on the thumb that boosts user’s social performance. With the most advanced artificial intelligence, ACT studies user’s behavior and habits, rectifies and improves social presence. The virtual space is constantly shifting with an influx of the good and the bad. ACT’s mission is to increase the efficiency of interactions, help our users optimize the reach of their posts, and gain more traffic on their social media accounts with the least efforts.

The usage of social media around the world is ever-increasing. With the larger population on social media, there are increasing debates on the social media censorship. Based on the community guidelines of social media platforms, contents which include nudity or sexual activity, hate speech and graphic violence will been taken down. However, platforms like Facebook, Twitter, Weibo (Chinese microblogging website) have also been faced criticism of censorship, for pulling innocuous content, blocking accounts and cutting off conversation. Not-good words have decreased the reach of posts, sensitive phrases are being banned to appear on the social media. These hidden rules have caused some accounts being deleted.

To meet the project goals, I mapped out the outline of the user flow. After a couple of interations, I narrowed it down to three main features as navigation tabs. 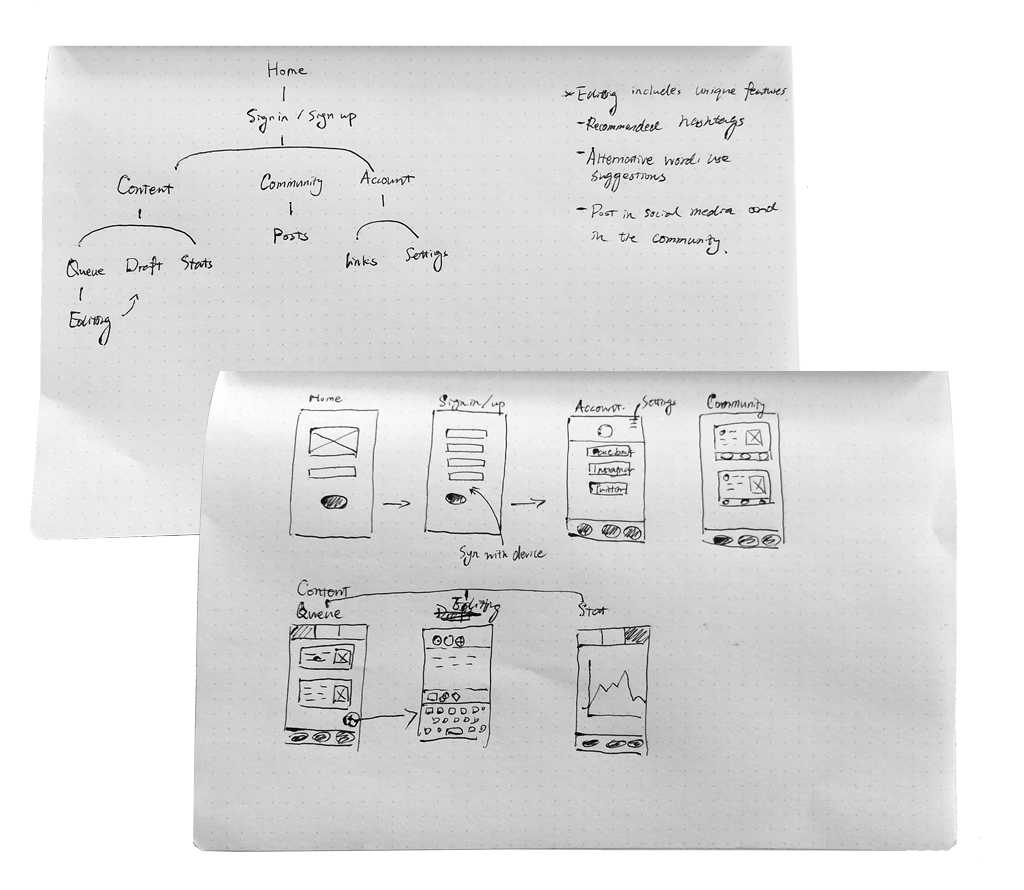 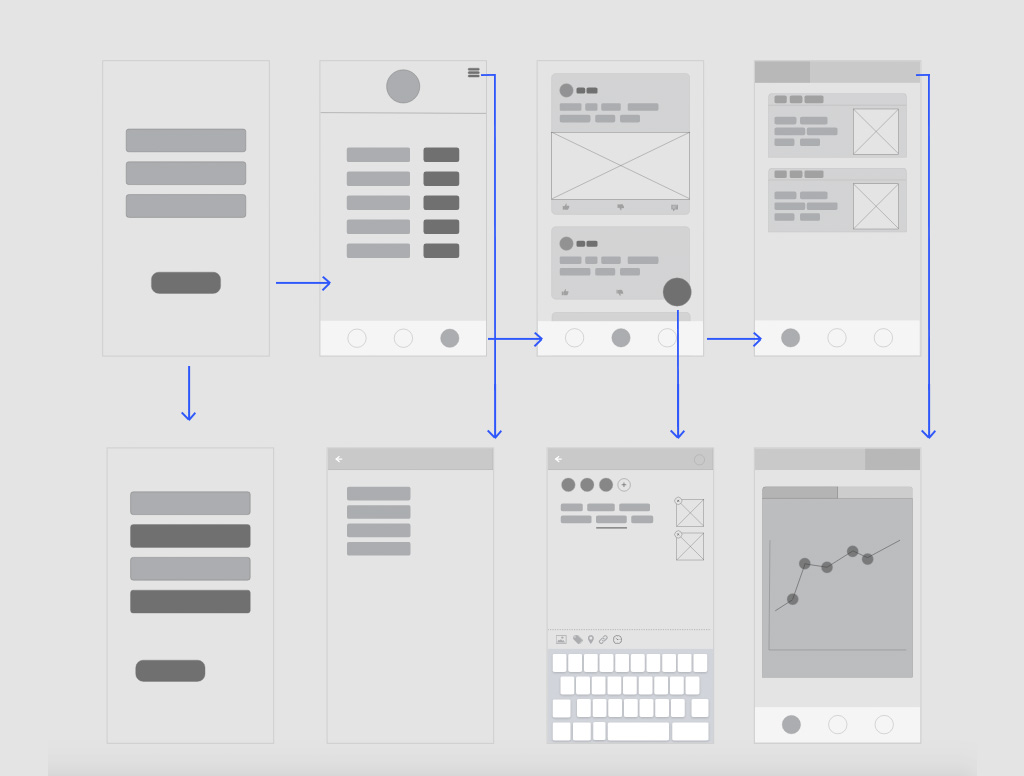 Here are more details in the post editing page, except the standard fuctions like adding images and links, three unique functions are embeded for curating a better composed content.

Each word is regarded as a single element for real-time analyzing.

To encourage users to have continuous use of the physical device, the welcome back page shows how long they have been wearing the device. A clear and time information in detail appear at the heading motivates users to keep using it every day.